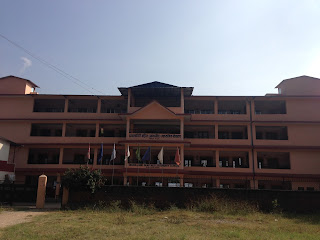 The school has been established in 2007 with the support of Nepal Government/District Education Office, Baglung. At the beginning total 24 deaf children were enrolled in the school now they have total 163 children are studying from 25 different district, one is from Bihar India. They have around  15 children are normal (non-deaf)  from deaf family and other really poor family. At the starting period of the school, they have to advertise for the student’s enrollment in FM radio and national daily papers like Kantipur, but nowadays they don’t have to publish their advertisement for the children. Now Dhaulagiri Deaf residential school is being one of the model schools for the deaf children with in the country. Within 7 years of time period they have been bring drastic changes of the school’s physical structure and other educational environment.
Read more »
Posted by मनु ठाडा मगर (MANU) at 2:35 AM 1 comment: Links to this post

Bijaya’s Phone rang.
“Yes Momma, I’m with Dizzu and Shreena! What? OMG! How? Oh no! Ok Mamma! Sure Momma don’t worry your daughter is young enough now, she can take care herself. Oh no Momma, That’s too much. Why are you worrying about me that much? I know Momma. Ok Momma. I will be in time. Love you too Momma.” Bijaya took a long breath after phone in conversation.

‘This is too much yar! Where the hell is our government? What the hell they are doing? Mother F***er rapist are walking freely on the street, and we girls always have to be worried about our own security in our own country, even in our own yard.” Suddenly she turned as angry injured tiger.
Shreena and I were unknown about the telephone conversation. We just heard one way, and saw each other, I asked her with the eye sign ‘what happen to her?’ Shreena replied with the help of lips and head, ‘I don’t know!’

We both stayed quiet and saw in her eyes

Sunday, 13th November 2015, I woke up at late morning. Due to the boarder blockaded, political instability of Nepal, Terai movement, life in Kathmandu and surroundings were facing terrible headache, thought people were struggling to make situation normal. And I was emotionally injured bird who was having huge pain of Love. Kathmandu was busy as always, shops/malls were waiting for costumers as the vulture waiting to the dead body. Sunday, my day off, I didn’t have special task to do thus made a plan to hang out with some closest one. I made a call for Srijana, Bijaya and shreena, and call them go for coffee at Barista Lavatzza. Srijana called back after 10 minutes and said she has to go somewhere else, but Bijaya and Shreena gave me answer of ‘Yes’. Left home, waited 15 minutes a public vehicle, I took a micro to the destination, which was full of crowd. I reached Kathmandu mall first, I thought to go to book shops till they arrived. Suddenly, changed my mind, I just feel to walk down to the king’s way. Plugged my earphone, played a music and walk along. Been to the Narayanhiti gate and walk back twice in the same road as a lost person, done some window shopping, then saw the coffee shop and stepped in to the java near to king’s way. Soft melodious music was playing softly. The bottles of wine and whiskey were smiling at the bar rag. Walls were painted with dark wooden color. Coffee brewer machine was standing inside corners, some waiters were standing behind the bar, some of busy with coffee brewing, and some of busy offering the service, beautiful lady was busy in the cashing up. Old paintings were hanging in a wall. Black soft sofa and table of glasses were keeping with good seating arrangement. Beautiful flowers were blooming at the vase, most of the original plants were in line with at the floor near the windows. Smoking zone was outside near to the window where a guy with guitar was hiding inside him with the smoke. Different types of customers were there for taking rest, some of them were waiting for their friends, and some of them were having tea/coffee. I grabbed a seat in the middle.
Again I have to tell my girls that they have to come king’s way because I had changed the location.
Hello, Dijju where are you? Bijaya received my phone call within a second.
Darling I came down to the Kings way, where are you?
Read more »
Posted by मनु ठाडा मगर (MANU) at 9:33 PM No comments: Links to this post

The meaning of ‘Movement’ has been changed this year.
Terai movement = Holistic idea of country burning,
I heard about the blockades at the beginning
Thought ‘few young stars bulling some prank’
#
Thursday 13th August became just like ‘The last day of sun’
News spreaded;
‘Movement start in Terai’
‘Terai people started strike in the region,
‘Killed number of people in Saptari’,
‘Killed number of people in Janakpur’
‘ started blockades at boarder’
Unbelievable,

‘Hope and expectation are growing gradually: Women and children of rural areas of Parbat Districts are being empowered through the support of different organization.

Nowadays most of the social lives are affecting by the development work within the society, different NGOs and INGOs are working for the brining changes in the society and uplifting the livelihood of rural people. Some time media spread the rumor of activities of NGOs and INGOs, most of the time they were criticizing that NGOs and INGOs are dollar farming. However, NGO/INGOs are being helping hands of Government. They are reaching to the people where government are not being able to cover, they are trying to develop the society. Due to the activities of NGOs and INGOs many people are benefiting in different ways, such as education, health, nutrition, livelihood even engaging in social sectors. Comparing to past years, impacts can be seen in the society such as women are conducting formal programs, children taking classes in coeducation system, dalit and poor people also involving in different sector of social activities.
Read more »
Posted by मनु ठाडा मगर (MANU) at 9:23 PM No comments: Links to this post

Objectifying women in the media: A representation of women is creating a sexually object and they only can be good mother and wife through patriarchal institution like media

Most of the advertisements are portraying men as a masculine and women as a feminine figure. For instance, advertising for powerful, big, and popular things like iron-rod, cement, and engineering works is represented by male in contrast beauty products like lotion, creams, and grocery product are often represented by female. Thus, in most cases men are seen in technological advertisement as a brand ambassador of expensive bike, smart phone, and laptop-computer. In contrast, women are often seen in sexuality advertisement, such as standing behind cars, holding balls in their bikinis. Additionally, they often found objectifying in the advertisement of cosmetic products and grocery products like fair and lovely, shampoo, oil, rice, milk, and noodles, which are considered feminine. Objectification, for Kant, involves the lowering of a person, a being with humanity, to the status of an object (http://plato.stanford.edu). In public sphere where media industry is run by male may be one of the reasons for patriarchy in advertisements. Hence, in this paper I am going to look at ‘is the print media objectifying women?’, ‘Can this be considered as enhancing or spreading patriarchy in the society?’, and ‘Are women objectified for male entertainments?’ 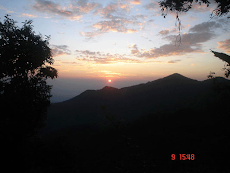 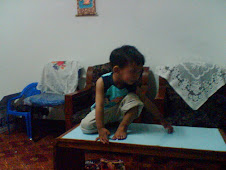 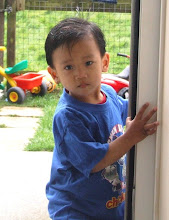 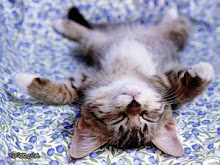 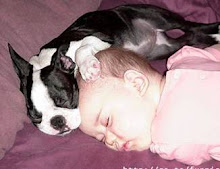